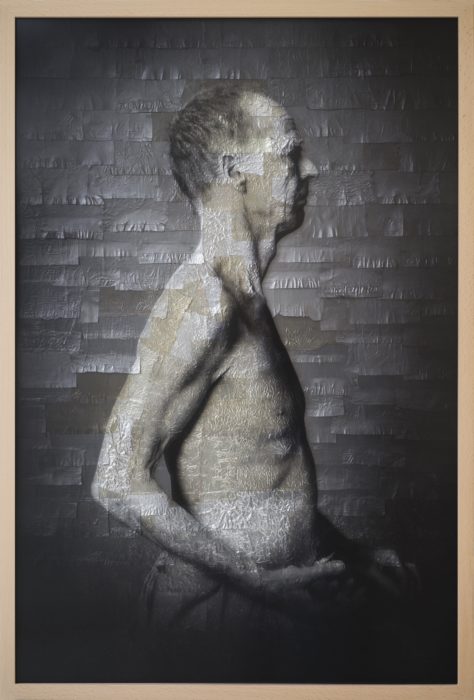 In the work of Paul Koeleman frames and layering are important themes. They find expression in the spatial aspects of work and in the search for depth in the two dimensions of photography as well as in the expression of the emotional life behind the mask of human skin.
Emotions are clearly a recurring theme in the work of Paul Koeleman, he summons them and stirs them, masks and exaggerates them and plays with them. A theatrical use of mime, movement and gesture that often makes it seem as if the sitter plays a role within the context of his or her own reality. 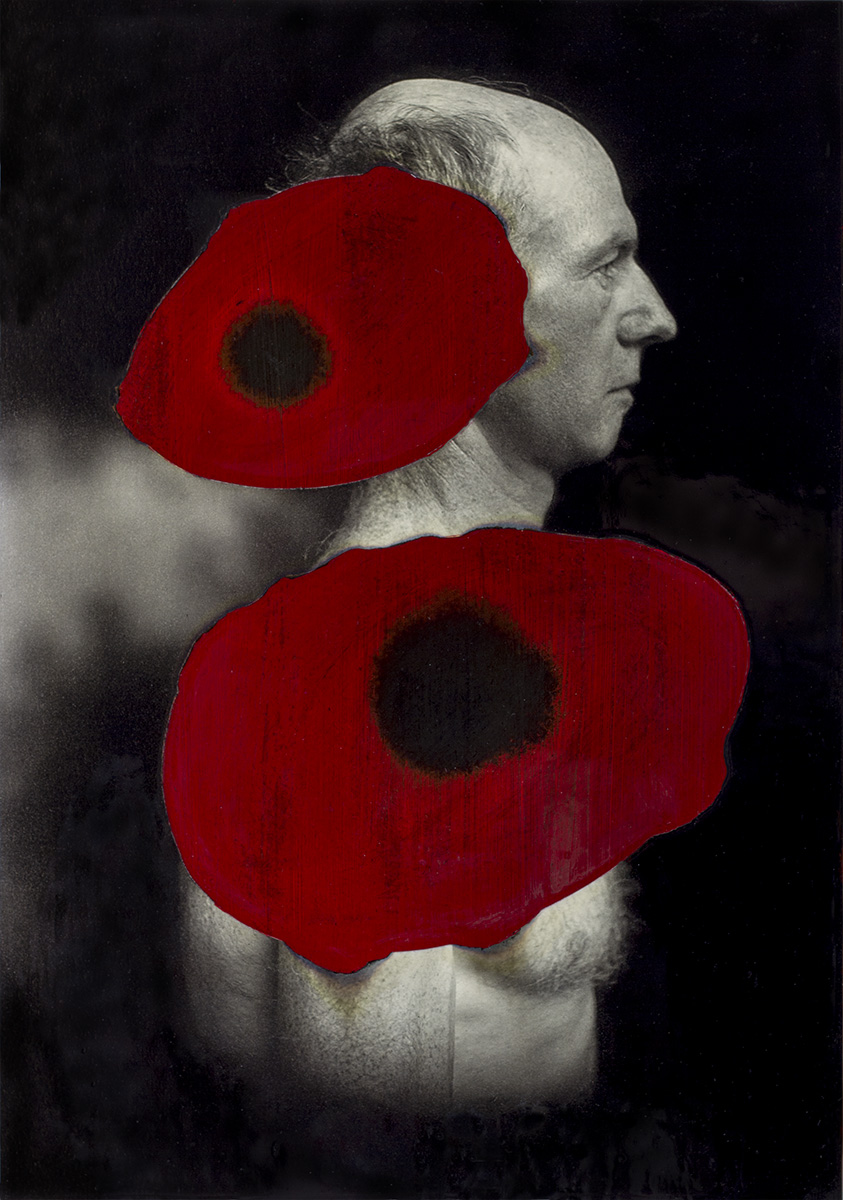 With his series The Great War Paul Koeleman makes his most extensive use of found photography yet. According to the seller, they came from the estate of a medical doctor who used the photos to document the recovery process of one of his patients but guarantee their pedigree the seller could not. “In the photos themselves war as such is not visible, it is almost an academic study of the torso,” says Koeleman. But injuries can also be psychological in nature. It is Koelemans manipulation of the photos by means of Photoshop, applications and layering which can be read as the externalization of the possible causes of the psychological traumas that a war like The Great War can cause: from the trenches, hidden injuries, shell shock and the fear of being buried alive, to pain and impotence, all caught within a fixed frame. In the work of Paul Koeleman frames and layering are important themes. They find expression in the spatial aspects of work and in the search for depth in the two dimensions of photography as well as in the expression of the emotional life behind the mask of human skin. 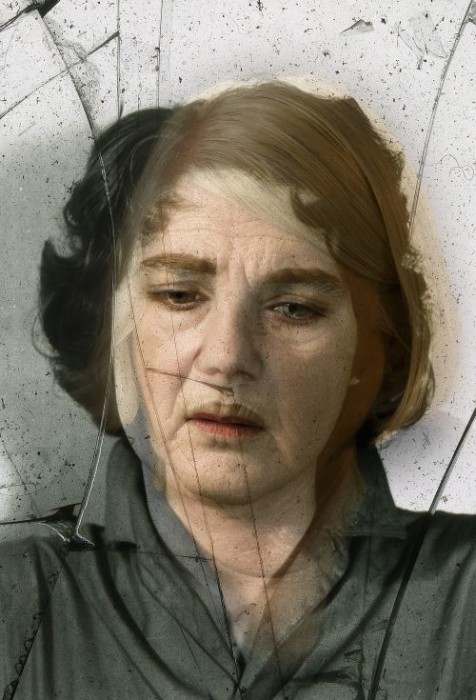 When you look at the portraits of Nelly however, it is almost as if you’re seeing double. You see a tormented woman, a joyful or fearful one. The slightly distorted face makes it difficult to guess her age. The Nelly’s I-6 (2013) are part of the series The Emotions I and is based on the book Face and Character (1958) of the recently deceased Dutch professor of Emotion Theory Nico Frijda. His book investigates facial expressions as the visible manifestation of emotions. In order to illustrate his theory, Frijda photographed his then wife, the young actress Nelly Frijda. He asked her to ‘act’ a wide range of different emotions through facial expressions. Many years later Koeleman had a conversation with Nelly and she told him how this went about. ‘Nelly, act happy, and now, Nelly, act sad.’

This anecdote inspired him to create a new series of portraits. More than fifty years after the original pictures he gave Nelly the same assignments as once upon a time her husband. He then placed Frijda’s old negatives – battered by time and water damage – on top of the new, while also adding scans from glass fragments and stains, and created the mysterious and layered effect of these ageless facial expressions.
In the series Emotions II (2015 see website) you can see Nico Frijda, the famed researcher of emotions himself, in a virtual dialogue with actress Kitty Courbois, the grande dame of the Dutch theatre and someone who, like no other, knows how to depict human emotions. A remarkable encounter between art and science.